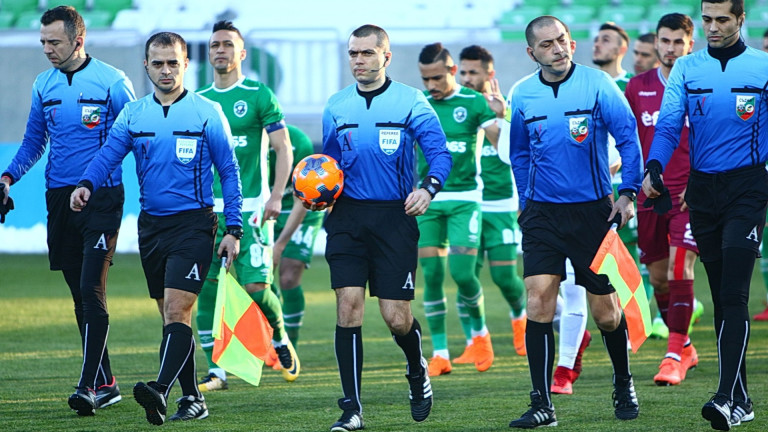 Ludogorets continued his apparent resentment against the head of the Judicial Committee – Kostadin Gerginov. It looks like this will be the case as long as this person is in office. They do not like him in Razgrad and that is it. We read the statement several times on the Hegemon’s website and we can not believe our eyes yet – Ludogorets complains about the appointment of a referee. And just from that of Volen Chinkov. We pinch ourselves, but we do not dream …

Colleagues from “Tema Sport” recall part of the “business card” of the football referee in question. It’s not hard for the “greens” under Chinkov – they have 10 wins and 1 draw in 12 championship games under his leadership. On the other pole is CSKA with 2 wins, 2 draws and 1 loss.

Fans of the “red” jumped after it became clear that the 37-year-old referee CSKA and Ludogorets will take on the field in the first semi-final of the Bulgarian Cup between the two teams. We can understand that. Chinkov goes on to be a referee who, to put it mildly, is not liked by everyone in the “Army” and … is “happy” (so to speak) for Ludogorets. He gave 4 penalty kicks for the Eagles, we all remember the most scandalous – in the last minute of the game with September, with a score of 0: 0. He has never taken a penalty against Ludogorets. But he gave even funnier than that against September – for Botev (Plovdiv) of the “Army”. And what about the match between Slavia and CSKA, won by the “whites” with 1: 0, when Chinkov had reason to give at least 2 penalties for the “reds”, but pretended not to see? !

Well, this judge roared in Razgrad. We do not even know how to comment on that. Is this a higher form of freckles? Or did they take the road with statements aimed at (perhaps) putting pressure on the referee for the extremely important match ?! Chinkov is already dealing with the past and statistics in question. How much more to be scared or to have someone in mind?

We wrote it for the match between the two championship teams, we will write it now – we will also see all the referees’ decisions this Wednesday under a magnifying glass. After the semi-finals, it will become clear whether Chinkov helped one of the two teams. And, if so – to whom.

Ludogorets jump because of Volen Chinkov’s appointment: We would like to believe that this is a technical error

See what the Eagles wrote

Incredible Ivet Goranova guarantees herself a historic medal at the Olympic Games in Tokyo!

Why are more and more people getting infected with COVID-19, even if they are vaccinated?