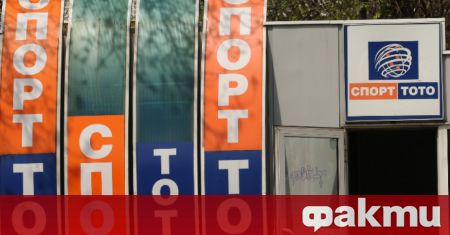 The former teacher, who is the new totomillionaire from Plovdiv, came to know about the big hit on the totopoint on Saturday market, writes the local website Maritsa.

The 70-year-old from Plovdiv appeared wearing a hat and mask the day after the numbers were drawn. He gave two slips to the cashier Maria Basheva. She told him that the first slip was not a winner. However, when she released the second one at the terminal, she was dumbfounded: she made an enormous profit. This was the jackpot of BGN 4,958,850.

The astonished cashier told him that he had to go to the head office in Sofia to get his big win.

“There was no reaction from him for catching the millions. He was very calm. He did not say a word. It was as if I told him there was no profit. He was not surprised. Usually people are emotionally overwhelmed. such a moment, but he gave no sign of it, “said cashier Maria Basheva.

The lucky man just took the ticket and walked away.

We remind you that the slip, which brought the big win, was placed at the totopoint in Kyuchuk Paris, until the Saturday market. It was worth BGN 7.20.

The lucky winner was a regular participant in the games of the Bulgarian sports totalizer.

He has already given a bank account to which the amount of BGN 200,000 has been transferred. He will receive the remaining money in installments – between BGN 30,000 and 50,000 per month for 11 years, depending on the size of the jackpot.