Alex is excited about the invitation to work in Corinthians’ youth teams: ‘Very happy’ 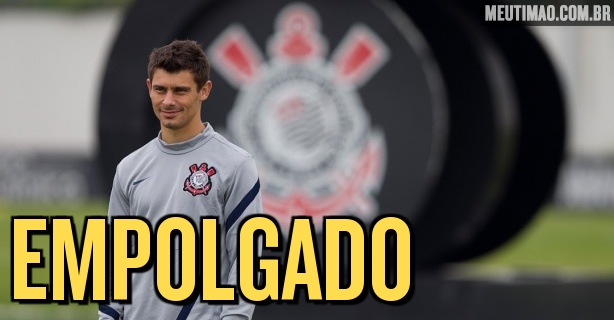 With a well-defined part of the board, Corinthians are still looking for a person responsible for their basic categories. Amid great internal pressure on President Duilio Monteiro Alves, football manager Roberto de Andrade revealed an invitation for Timão Alex’s former midfielder, Libertadores champion in 2012. And the team’s recent reference seems to like the idea.

“We have always had a friendship. And we’re really happy, right? The normal thing in football is that the player is forgotten. Just remembering me to have fun is very fun because there are also a lot of athletes with history in the club “, he said, in an interview with Sports newspaper,

“I still think so, but we’ll decide soon. It’s something in these lines, we’ll see how it will be“, he added, confirming that the work tends to be with the base and with the Sub-23.

Interested in continuing to work in football, now outside the four lines, Alex has moved since his retirement in 2017. Until now, he has already taken the B license from CBF, just for coaches in the basic categories. In recent interviews, he explained his desire to be a coach in a few years.

“We are always updating, following up, we live off football, we want it. We’re in a pandemic, I’m very much at home, a lot on the computer, right“, he insists.

As a player worth remembering, Alex was on the field 55 times for Corinthians and was a key player in the conquests of the Brasileirão 2011 and the Libertadores 2012. In total, nine goals were scored by ex- shirt 12 alvinegro.