No serious side effects in France, according to the medical bureau 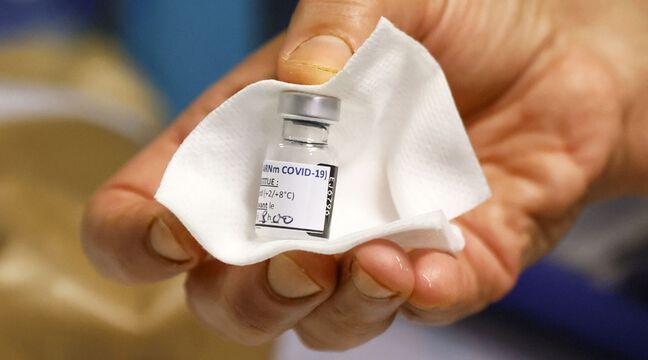 No serious adverse effects were observed in France during this second week of vaccination with Pfizer / BioNTech’s vaccine against Covid-19, the ANSM Medicines Bureau said on Friday.

“A case of a non-serious adverse reaction was recorded in the national pharmacovigilance database. It is a temporary decrease of certain immune cells (lymphocytes), “said the health bureau in an information point. Although already evaluated in clinical trials, this non-serious side effect has not yet been included in the pamphlet.

The ANSM remains on the alert

The ANSM says it is “also aware of the reports of adverse effects that have occurred in other countries” in which this vaccine that is sold under the name Comirnaty is used. The analysis of cases of allergic reactions they requested from a center for pharmacovigilance “confirms the extremely rare occurrence of serious allergic reactions”.

This warning about cases of serious allergies continues to better identify potential people at risk for allergic reactions.

Do the same analysis on Moderna

The day after the start of the vaccination campaign with the Pfizer / BioNTech vaccine in the UK, two cases of severe allergy had marked the spirits. But “it is possible to vaccinate with the Pfizer / BioNTech vaccinating patients who have a serious medicine or food allergy,” the French Allergology Federation pointed out on Monday. The contraindication only applies to patients who are allergic to any of the ingredients contained in this vaccine, pursued them, and mentioned in particular polyethylene glycol (PEG) that may be involved.

The ongoing analysis of the adverse effects reported with vaccines against Covid-19 continues and will extend to Moderna vaccine, the second vaccine authorized in Europe (since 6 January) and based on the same technology (messenger RNA) as that of Pfizer / BioNTech.

The first weekly report on cases reported in France will be made available if a greater number of adverse effects are reported, the ANSM notes.

France approached a total of 50,000 people receiving the injection on Thursday night, while the government set itself the goal of completing the first phase of vaccination in nursing homes, which affects about 1 million people, in January and February,