From sale to director Rive Gauche 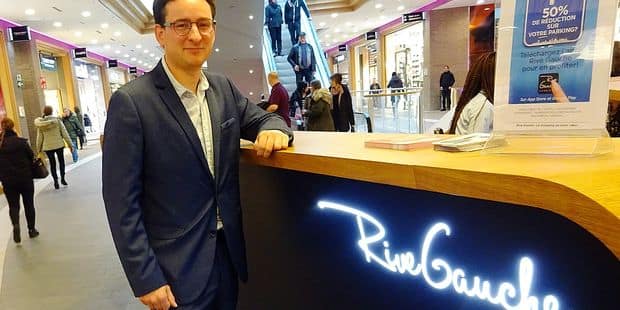 Pierre Foucart, Fekrioui, join himself at the head of the shopping center.

Every day, Rive Gauche is in average of 25,000 visitors, with peaks at 35,000 per week and up to 45,000 in & nbsp; holiday or sale. The Charleroi Center Shopping Center will soon have a new director. Holder of a master's degree in management science, Pierre Foucart was appointed by the new owner CBRE.

After 10 years earned in the government of former mayor Jean-Jacques Viseur and CDH journalists, he will be responsible for commercial and real estate business from January 3. With a wish: shopping for shopping in the city, an important player in & # 39; to revitalize, explains the implementation in training. "We do not want to be an island in itself, but we open windows to participate in their renovation." Eight million visitors a year: the figure was in time. "Our center has found its powerful speed, its presence put it in the top 3 of the country, the Docks in Brussels, the five million. The 93 commercial units are almost all occupied. is in the passage of the Stock Exchange that the situation is the most complicated ", he remains, "Because of the fact that it has a neighborhood under a reconstruction, there is still little." The rest must continue.

For Rive Gauche will be new books in early 2019. There will be surprises, says Steven Bervoets, responsible for managing CBRE shopping center. It is currently Devima that manages the carol's shop. "If it is too early to discuss the issue of a change of agent, it is the sense that a new owner sees and controls all contracts of their suppliers and investigates"He adds. It's in progress.