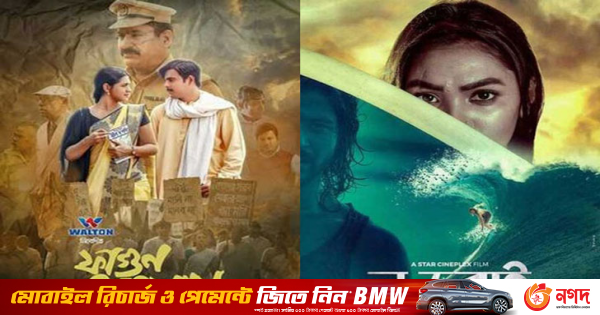 The 44th National Film Awards 2019 will be held on Sunday.

The event is being held at the Bangabandhu International Conference Center in Agargaon. Prime Minister Sheikh Hasina will join the program via Ganobhaban video conference. This information was informed in a press release from the Ministry of Information.

Information Minister Hasan Mahmud, who is chairing the function, will present the prizes to the winners on behalf of the Prime Minister.

From the films made in 2019, the jury selected 31 people for the national award, including 8 pairs in 25 categories. Along with this, Masood Parvez (Sohail Rana) and Akhter Suchanda of Kohinoor will be inaugurated this year with awards for lifelong achievements for their special contribution in the film.

On December 3 last year, the Ministry of Information issued a notification for the 2019 National Film Award.

According to the notification, the list of nominees for the award-

Best Documentary: That Was Dark.

Best Dance Director: Habibur Rahman (I did not find the right person).