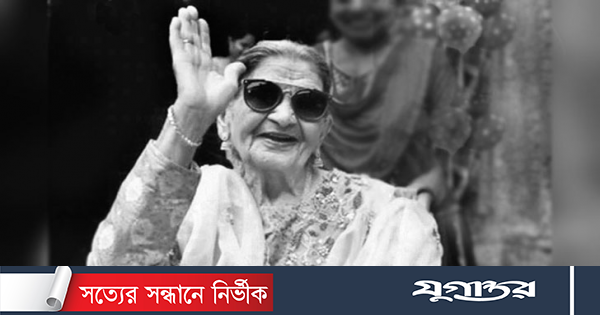 Bollywood actress Farooq Zafar (6) is no more. The actress of ‘Gulabo Sitabo’ died Monday night in Lucknow, her grandfather Shaaz Ahmed said on Twitter on Saturday.

In its long 40-year acting career, Farooq has made more than a dozen films in the last 20 years alone. There are pictures like ‘Parched’, ‘People Live’, ‘Swadesh’.

His grandson Shaz Ahmed wrote: My grandmother, wife of freedom fighter SM Zafar and veteran actress Farooq Zafar died on Monday at 7pm in her home in Lucknow.

Bollywood screenwriter Juhi Chaturvedi also wrote on Instagram remembering the actress, Begum died. Farooqji, there were no people like you in the past. Not in the future. Bless me with the chance to be with you. Stay good wherever you are.

Farooq was born in 1933 into the family of a zamindar from Jaunpur. He moved to Lucknow at the age of 18. Later she married journalist and freedom fighter Syed Mohammad Zafar. After the marriage, Farooq completed his higher education at Lucknow University.

He later joined All India Radio as a musician. She was the first female artist of Lucknow Radio. Later, however, he left music and began acting in theater.

In 1981, Muzaffar Ali’s film ‘Umrao Jaan’ made its Bollywood debut. Farooq played the role of Rekha’s mother in the film. However, he was not seen in a single Bollywood movie for a long time.

Farooq’s second film was released 23 years later. In 2004, he starred in Shah Rukh Khan’s Swadesh. Since then, he has appeared in many films such as Chakravyuh, Tanu Wades Manu, Amma Ki Boli.

He was last seen in the movie ‘Gulabo Sitabo’ directed by Sujit Sarkar. Farooq also received a Filmfare Award for the film. She was the oldest winner in the co-actress category.