Michael Wendler: What will happen to his daughter now? 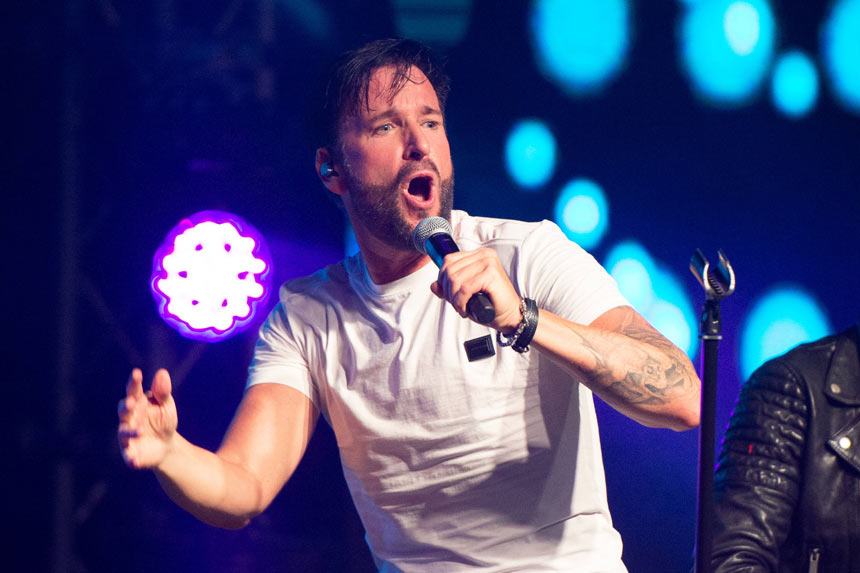 After Michael Wendler did not appear in court on Tuesday morning in Dinslaken, an arrest warrant was issued against the pop star. This lawsuit not only affected Wendler – his daughter Adeline could have consequences as well.

There are proceedings against Michael Wendler for helping to withhold a fine in two cases. Since he did not appear in court again, the public prosecutor has issued an arrest warrant against the 49-year-old. This increases the chance that the singer will be deported from the US. According to “BILD”, the Wendler only has a temporary visa for the US. If the pop star had a criminal record, he would not receive a green card for a permanent residence in the States.

His wife Laura Müller would also have to leave the country, as she is dependent on Michael Wendler’s residency status, according to “BILD”. But what about Wenders’ daughter Adeline, who recently moved to Los Angeles to study? According to the tabloid, the 19-year-old has a residence permit through her mother and Wendler’s ex Claudia Norberg.

However, the teenager gets consequences in another area. Because it’s about the dear money. Adeline has been chairman of the record company “Cape Music Inc.” for several months. All Wendler deals are processed through this company. However, there is one person who does not like this at all: Timo Berger. The entrepreneur demands money from the pop singer and says in “BILD” that this company has only one purpose. “I want to finally be able to say that Wendler only set up his record company to protect income from his creditors. It was not for nothing that he made his daughter boss. “

Is Adeline responsible for her father?

The 38-year-old would have about 300 pages of evidence. If so, other debtors may also try to sue the company for their money. For boss Adeline Norberg, this would have massive consequences – because she would be liable – and that at the age of 19. Are you also threatened with bankruptcy?

Michael Wendler has meanwhile commented on Telegram: „I reject all allegations and accusations against me from the punitive order of the public ministry of Duisburg. I did not apply my accreditation. (…) The most important hearing could have been yesterday. MY JURISDICTION IS ISSUED WITH ALL LEGAL POWERS. “ Wendler denies everything. It will be interesting to see who will win this court mud fight.

Pierer and Maxcom work together on the production of e-bikes

TIME ONLINE | Read zeit.de with advertising or with a PUR subscription. You have the choice.