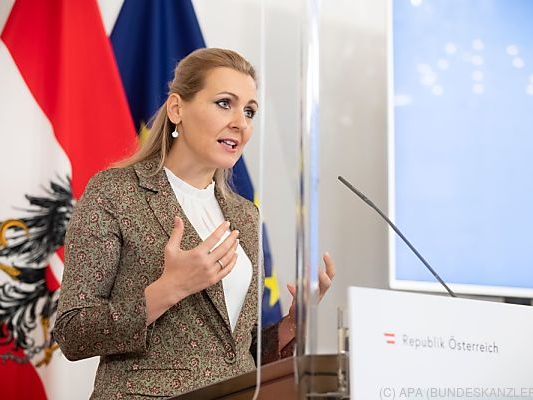 
Aschbacher was acquitted on charges of plagiarism
© APA (Federal Chancellery)

The Wiener Neustadt University of Applied Sciences has launched an investigation into allegations of plagiarism against Christine Aschbacher (ÖVP). The Minister of Labor, who has been studying there since 2002, has waived her right to return and her job in the Ministry of Finance after her dismissal over the weekend. She has finished her work, the department announced Monday night. The “Standard” reported new doubts about her dissertation.

At the University of Applied Sciences Wiener Neustadt, Mayor Klaus Schneeberger (ÖVP) – who is also chairman of the Supervisory Board of FH – immediately “ordered a direct investigation of the situation” after the accusations of plagiarism were known. The fact is that the former minister ended her studies in 2006 – long before she started working in politics.

According to Schneeberger, it is now a matter of “understanding and question marks in the processes that then took place”. The board of directors of the University of Applied Sciences as the competent authority has initiated an investigation. The chairman of the supervisory board said preliminary rulings should be postponed until these findings are available. He added that academic integrity is the foundation of the Wiener Neustadt University of Applied Sciences.

Aschbacher submitted a dissertation to the FH in 2006. But not only this, but also her dissertation, which was already submitted as a minister at the Technical University of Bratislava, is suspected of plagiarism. Meanwhile, there are also doubts about the interviews that the ex-minister claims to have conducted for this, the “Standard” reports.

Aschbacher writes in her dissertation that she chose ‘qualitative personal interviews’ with a duration of 45 to 90 minutes as a method, with eight directors of innovative companies. One is said to have been a representative of the Carinthian company Urbas. A director of this company has ruled this out compared to the “standard”. Another company sees “absolutely no relationship with our company and our company”.

Corona less dangerous than the flu in the future? Researchers are seeing the first signs