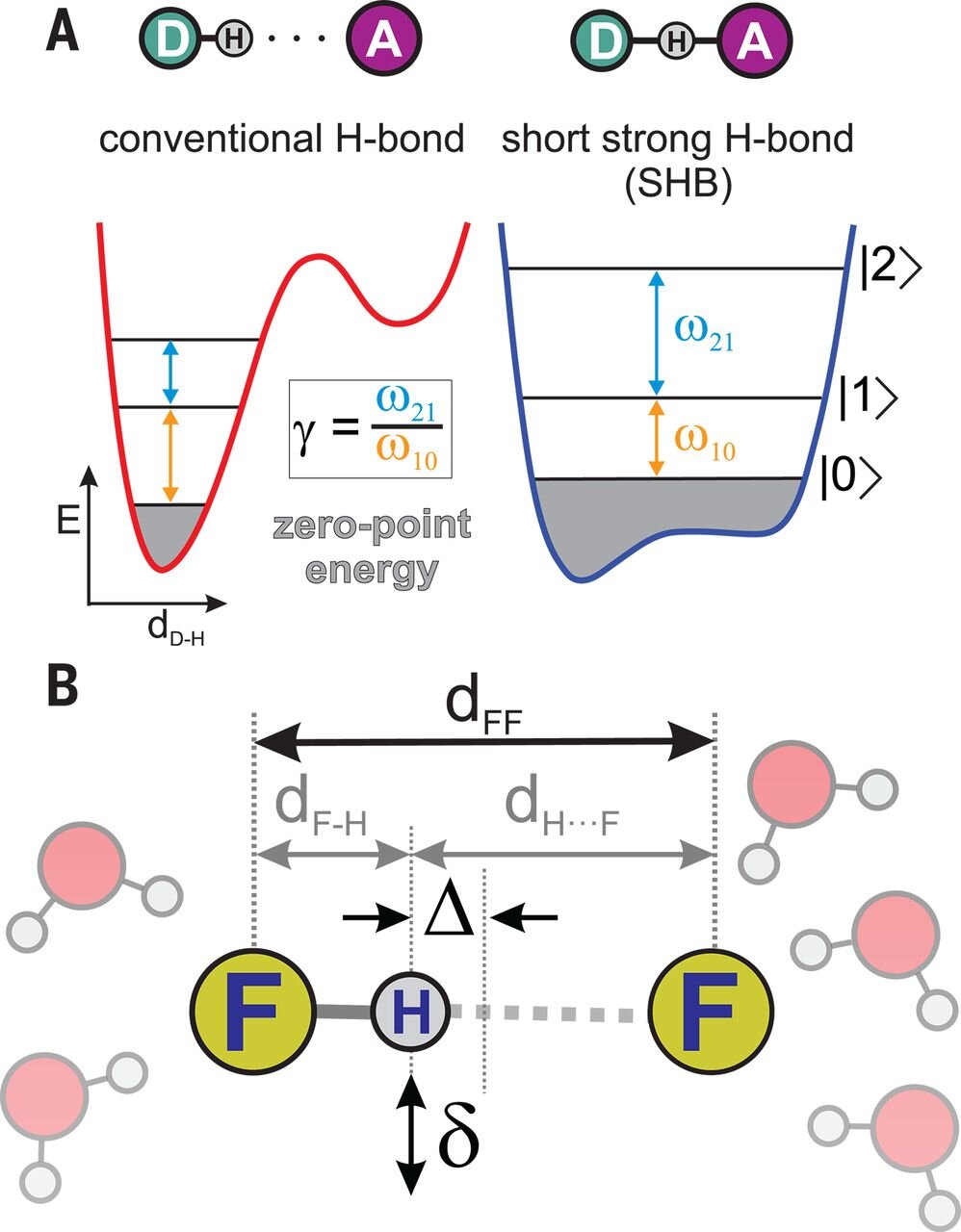 A team of researchers from the University of Chicago and Emory University has found evidence of a hybrid hydrogen bond / covalent bond. In her paper published in the journal Science, describes the group of experiments they have performed with bifluoride ions that distinguish the line between hydrogen bonds and covalent bonds. Mischa Bonn and Johannes Hunger with the Max Planck Institute for Polymer Research have published a Perspectives piece in the same journal issue outlining the work of the team on this new effort.

One of the basic concepts of chemistry is that the bonds between hydrogen atoms are electric and weak, and thus are not true chemical bonds. Covalent compounds, on the other hand, are true chemical bonds and are therefore strong – and they are what typically hold molecules together. Covalent bonds gain their power by dividing electrons between the atoms involved. In this new effort, the researchers have found what appears to be an exception to this rule – a hybrid type of binding.

The researchers called the hybrid a hydrogen-mediated chemical bond, noting that it could not be described as either a hydrogen bond or a covalent bond – it was indeed a hybrid of the two. They also note that their findings have implications for understanding basic chemistry and the true nature of chemical bonds.

This document is subject to copyright. Except for any honest action for the purpose of private study or research, no part may be reproduced without the written permission. The content is provided for informational purposes only.