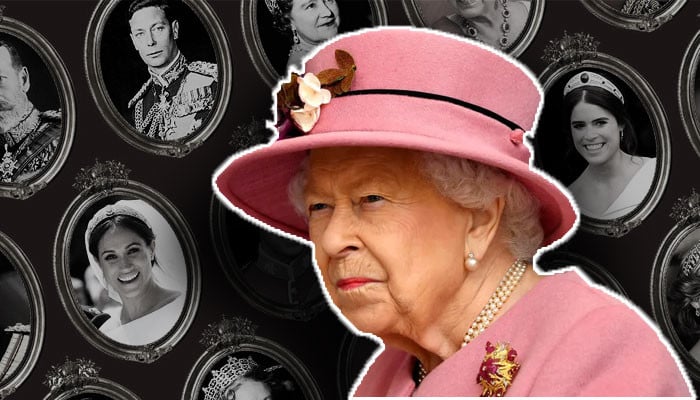 Queen Elizabeth II has had some unrest in the recent past due to major shifts and drama taking place in her family.

According to one royal expert, Her Majesty kept her calm with the help of her religious beliefs.

Speaking to Fox News, Matthew Dennison said: “She has a strong religious faith. One of the things the Queen has done is pray for all of this.”

“She also has a loyal, supportive group of private secretaries, ladies on duty and dedicated friends who have been a strong system around her. She also has the support of her close family,” he added.

“She finds it difficult to face difficult problems. I think she has gotten better with time,” he said.

“She has a connection with the divine. She is a monarch who made a promise to God to fulfill her duty. And it is a promise she has taken very seriously in her life. Even as a young woman she has met an overwhelming expectation of what kind of queen she should be … She has embraced that role, ‘he said.

“There was never a realistic expectation that the death of the Duke of Edinburgh would cause the Queen to abdicate.”

“There are two other very important deaths in her life that shaped her in later years – the death of her mother at 101 and then the death of her beloved sister Princess Margaret a few weeks before,” Dennison said.

“The Queen’s response to both of those tragic losses was to keep going with the job at hand. Therefore, I am not at all surprised that this was also her response to the Duke’s death. It does not mean that she did not “I do not feel it very deeply,” he said.

Speaking about the departure of Prince Harry and Meghan Markle, Dennison said: “Ultimately, the decision to step back had to be taken first to the Queen.

“The queen did well. The decision [the Duke and Duchess of Sussex initially] reached was a sort of half in and half out arrangement. One where they would spend part of the year in North America as ordinary individuals and then part of the year in Britain, as based in the Commonwealth, as working members of the royal family.

“That is simply not possible. That duty, as the Queen has shown, cannot be a part-time call. Duty, to the Queen, is all-encompassing. You are dedicated to duty every day of your life. You can not take six months or a year off from it. “

“They reacted very sensitively to their grandfather, but they also reacted very clearly and strongly,” he explained.

“There is no doubt that the Queen felt a level of disappointment by what happened. And when the interview [with Oprah] sent out, it was pretty shocking in Britain. Many were shocked by the television interview because it seemed to do such an unfriendly thing. And of course, the timing was shocking. Many believe she should be in calm waters at her age. She should not have to deal with this kind of thing, “he added.